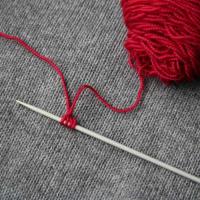 I took these pictures ages ago and they’ve been patiently waiting for me to write up a tutorial. I did a lot of experimenting with applied i-cord when I was designing the Ruby hoody. Because the i-cord is a contrasting colour to the hood, I wanted to make sure the wrong colour wasn’t poking through the i-cord when it was complete. Most of the ones I tried were messy. I finally found the one that I use in my designs. It neatly encases the selvage edge inside the i-cord tube. read more 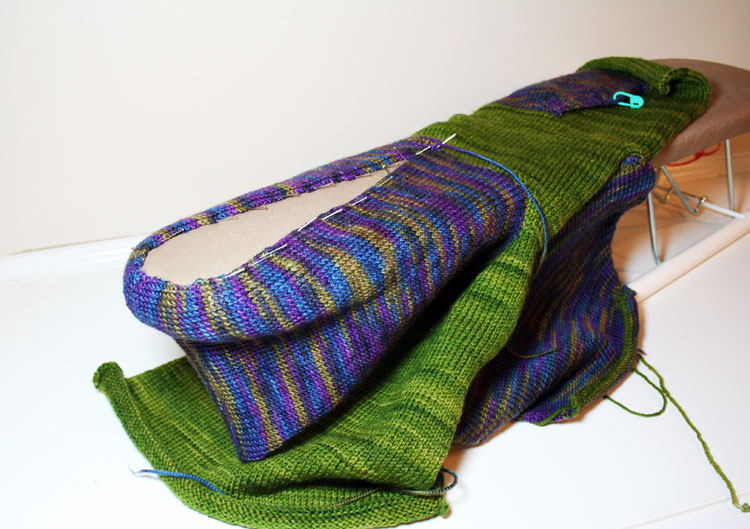 I got a little carried away with finishing the hoodie and I didn’t block the hood before working the top seam. It’s easier to block when it can lie flat, but I improvised. I recently acquired this nifty little ironing board and I pinned the opening of the hood onto the board. I gave it a generous spritz and let it dry. Seems to have done the trick. The applied i-cord goes on so much more easily when the edge is blocked flat. I have another tutorial about attaching the i-cord almost ready to post. Stay tuned! Edited to add: read more 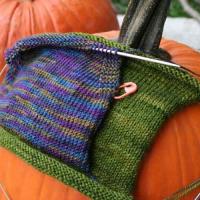 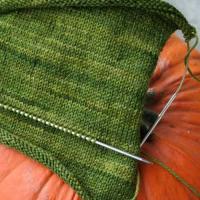 Time for another installment of the kangaroo pocket on the Ruby hoodie design. After the front of the sweater is knit up to about the armhole, pause and knit the front of the pocket. All the stitches are nicely being held on waste yarn. It’s time to slip them onto your knitting needle. The stitches slip more easily onto a smaller-sized needle. I increase one stitch on each end of the first row of the pocket. This creates a seam read more 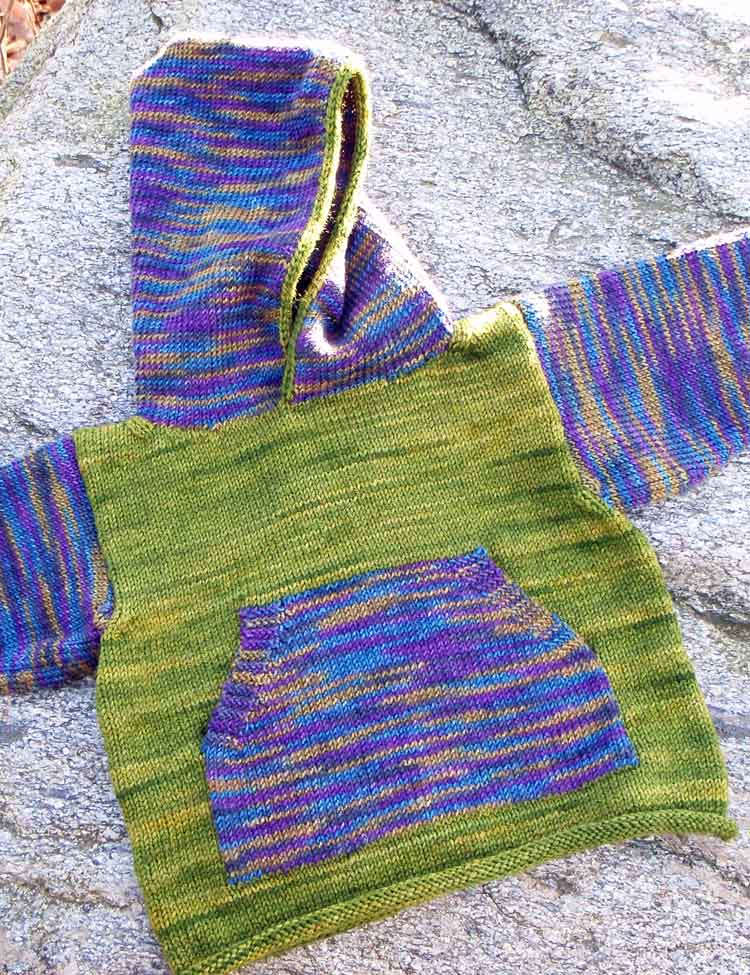 I can’t seem to get away from knitting Rubies! This one is knit with Smooshy by Dream in Color and Cherry Tree Hill’s Supersock Select. For a long time I’ve been wanting to show you a tutorial for the pocket front on the Ruby sweater. I don’t like sewing my knitting together and this method avoids having to sew the pocket at the top and the bottom. Note: you may click on all the photos to see a larger image. Divide Pocket read more 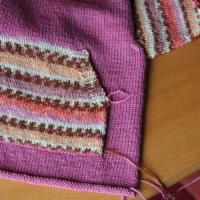 I found these photos languishing in a directory on my computer. Then I remembered that I meant to show you how I sew the kangaroo pocket on to the front of my hoodie. For most seams I really like to use mattress stitch which is also sometimes called invisible seam, running thread seam, ladder stich, vertical grafting and weaving. With mattress stitch the seam is generally sewn one stitch in from the edges thus requiring a one-stitch selvage on each edge. This pocket has an extra stitch on each side specifically for the selvage. read more