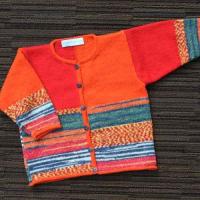 Last weekend I attended the Victoria Fibre Festival and Knit-Out. Nigel and I took the ferry to Victoria and had a lovely weekend of knitting and fibre-related events. I arrived in time to drop off a couple of samples for the fashion show on Friday evening. The mocha one is Kieran which I managed to finish by sewing on the buttons at the last minute. The orange one is a recently completed read more 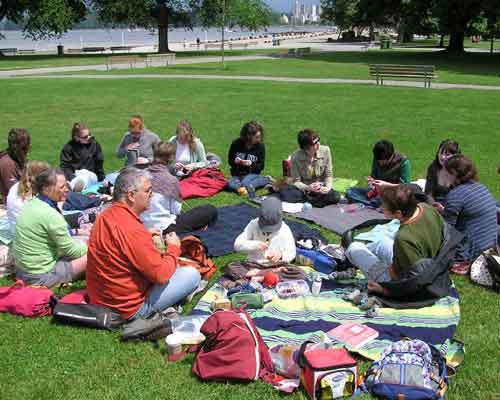 Saturday was World Wide Knit in Public day. Devan (with is knitting spool), Nigel and I ventured out to the grassy area adjacent to Kits beach to participate. I was surprised at how few knitters I knew at the event. I’m the president of the West Coast Knitters’ Guild and we have quite a large membership – over 90 knitters. There were just a handful of as at this event. The wonderful thing was to see the non-guild knitters out at this event and touch base read more 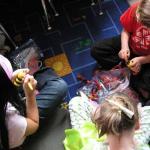 The little kidlets in Devan’s class are really enjoying the spool knitting. They have been eager to have a knitting bee of their own to take home, so I took orders. Almost everyone in the class bought one!  Another trip to the store and 20 knitting bees (plus yarn) later we have a bunch of kids enthusiastic about knitting. How good does it get? 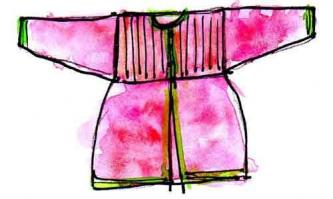 Now that Pretty as a Posy is released, I can tell you a little about it. I wanted to design an easy knit with minimal shaping. Instead of decreasing for the armholes I decided that ribbing would also pull the fabric in making a narrower bodice and allowing the skirt to poof out. This is the first swatch drawing that were included in the original proposal for One Planet Yarn and Fiber. I started looking at read more

Pretty as a Posy 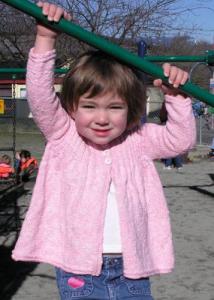 It’s here! It’s released! I can now show you the secret project I was working on for One Planet Yarn and Fiber. Pretty as a Posy $6 This little coat dress will have your favourite little girl stylishly dressed for years to come. Knit it in the smallest size for a one-yr-old (left) and she’ll still be wearing it when she’s three (right). The full-length sleeves look great as three-quarter sleeves on an older child. The read more 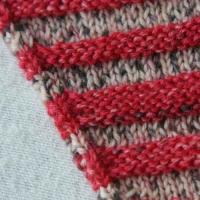 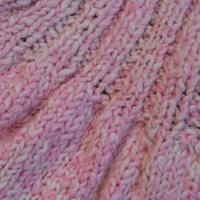 I just heard from One Planet Yarn and Fiber. My new secret pattern is soon to be released. They are waiting on a new shipment of Lanas Puras Clarissa to be spun and dyed in South America. Soon, very soon! I’ll let you know when it’s available. I have some exciting news that I want to share with you. I’ve been sitting on it for a while and it’s time to tell my secret. I’m going to be featured in the “Made in Canada” column read more