Some LYSs in Calgary 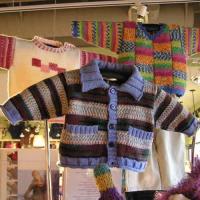 As I mentioned before, my friend Marje took the morning off of work to drive me to a couple of yarn shops in Calgary. It sure beat taking the bus around town! On Thursday morning we visited Knit One Chat Too which has renovated since the last time I was there. They’ve expanded and now have a fireplace and a cozy place to sit and knit. I was lucky to finally meet the owner Alison and her mother, Liz who were both welcoming and warm. They have read more

Eloise, she is finished 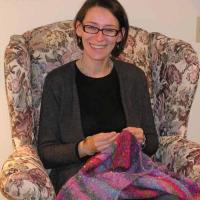 Not only has it been a long time since I’ve written and much has happened, I just lost the rather long-winded post I was working on!  The most exciting thing by far that I’ve done recently is attend the Emerald Lake 2007 knitting retreat with Annie Modesitt.  What a blast!  Before I talk about that though (in another post), I want to back up to how I spent my time in Calgary before the weekend started. I stayed with Marje, a good family friend and we had a read more

I finally received my invitation to join Ravelry and I’m part of the community now!  The wait wasn’t nearly as long as I thought it was going to be (just over a month).  I resisted joining because I really don’t need one more thing to lure me into surfing the web instead of designing and knitting, but the more I heard about it the more I became intrigued.  You know what the really amazing thing is?  Some of my patterns are already on Ravelry as projects that read more 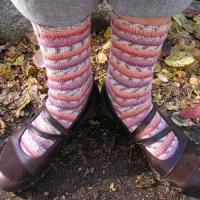 Testing, testing, 1,2,3!  The site has been moved to a new host and I’ve switched from holliyeoh.ca to holliyeoh.com.  I keep going back and forth on which is prefereable.  Certainly the .com is the most widely used website extention.  At any rate, the .ca will send you to the right place too.  My email address from the Bee’s Knees Knits website should be working again too for anyone who might have been trying to get ahold of me. I finished a pair of socks while my sites were down for read more